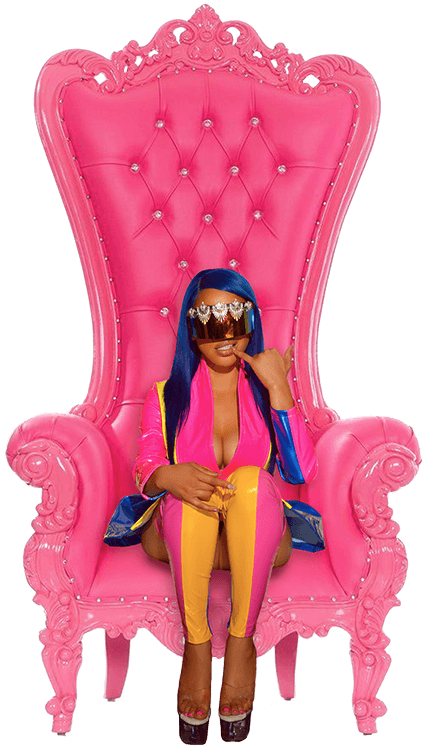 Meet the Icon: Ivy Shades, a Celebrity Eyewear Designer, Recording Artist, and the CEO of Record Label: P by Tha Pound. As a Recording Artist Ivy Shades has a catalog of albums/mixtapes, including tracks such as Lap dance, 25, I Feeling Good, and Weight Up.

Ivy Shades started her rap career in Houston, TX, home of the swangers and purple drink. She’s well-known for her hard-hitting rap style with a splash of femininity and a southern twang. Her style of lyrics made her popular and highly regarded amongst her male peers because of her huge female entourage, FMT "The Female Money Team," which advanced her movement and gained her a loyal fan base.

Her music quickly gained traction in the South landing her a feature with the legendary late Pimp C from hip- hop group UGK, and performances at Tre Day, and more.

Ivy Shades has garnered support from celebrities; Rihanna, Cee-Loo Green, and Lady Gaga, whether in the music industry or wearing her shades. Ivy Shades is ready to now release her latest single “Photo,” at the request of her fans demanding new music. Her latest single is set to be released on June 19th across all major music platforms. Stay tuned...